We pride ourselves with our designs. We create custom props for many events. If we dont have it we make it happen. We have CNC machines, 3d Printers, and Large format Printers to make all the props and designs we need on the fly. 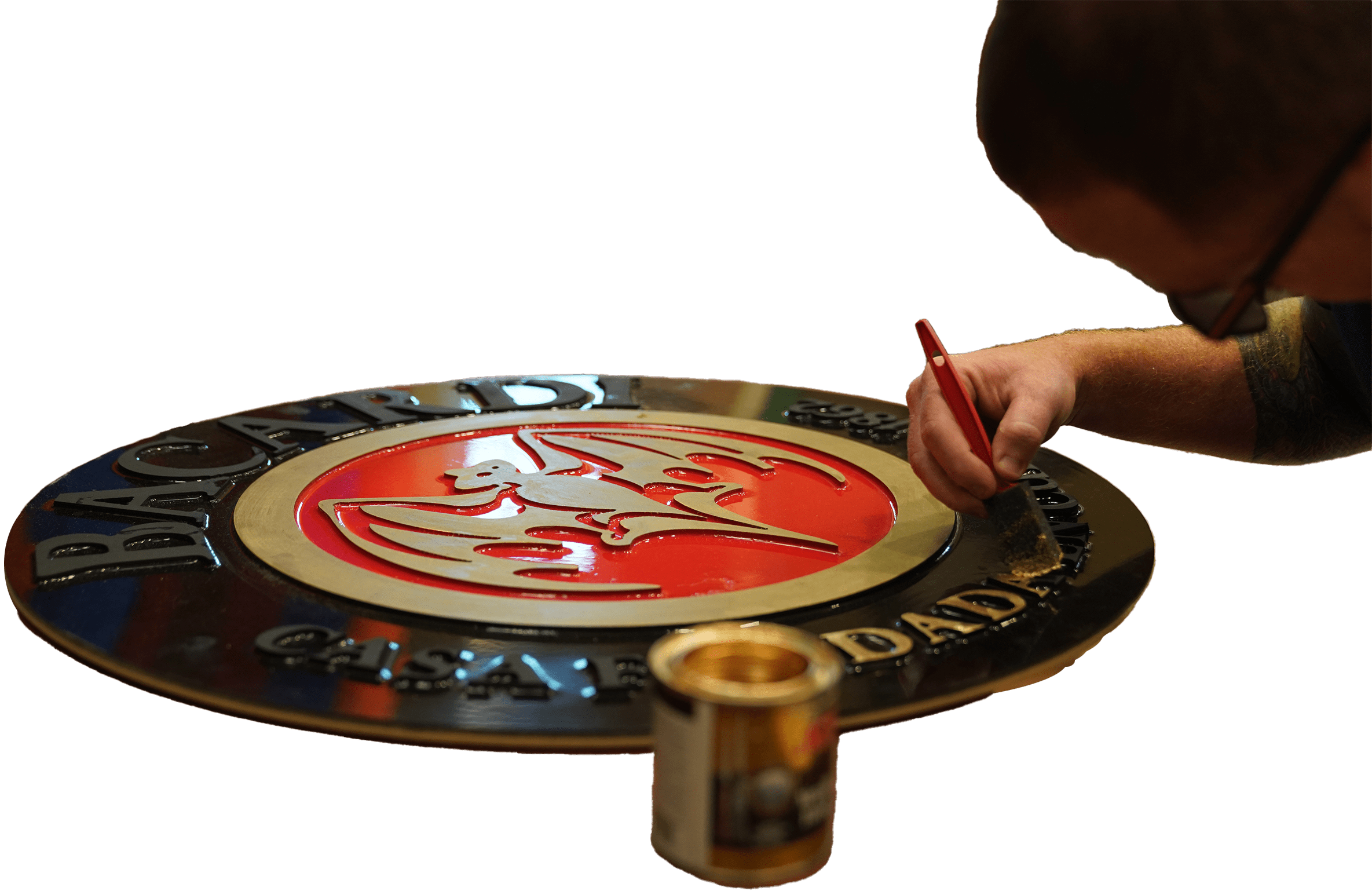 A CNC machine is a motorized maneuverable tool and often a motorized maneuverable platform, which are both controlled by a computer, according to specific input instructions. Instructions are delivered to a CNC machine in the form of a sequential program of machine control instructions such as G-code and M-code, and then executed. The program can be written by a person or, far more often, generated by graphical computer-aided design (CAD) or computer-aided manufacturing (CAM) software. In the case of 3D printers, the part to be printed is “sliced” before the instructions (or the program) are generated. 3D printers also use G-Code.

CNC is a vast improvement over non-computerized machining that must be manually controlled (e.g. using devices such as hand wheels or levers) or mechanically controlled by pre-fabricated pattern guides (see pantograph mill). In modern CNC systems, the design of a mechanical part and its manufacturing program are highly automated. The part’s mechanical dimensions are defined using CAD software and then translated into manufacturing directives by computer-aided manufacturing (CAM) software. The resulting directives are transformed (by “post processor” software) into the specific commands necessary for a particular machine to produce the component and then are loaded into the CNC machine.

3D printing, or additive manufacturing, is the construction of a three-dimensional object from a CAD model or a digital 3D model.[1] The term “3D printing” can refer to a variety of processes in which material is deposited, joined or solidified under computer control to create a three-dimensional object,[2] with material being added together (such as plastics, liquids or powder grains being fused together), typically layer by layer.

Wide format printers (large format printers) are generally accepted to be any computer-controlled printing machines (printers) that support a maximum print roll width of between 18″ and 100″. Printers with capacities over 100″ wide are considered super-wide or grand format. Wide-format printers are used to print banners, posters, trade show graphics, wallpaper, murals, backlit film (duratrans), vehicle image wraps, electronic circuit schematics, architectural drawings, construction plans, backdrops for theatrical and media sets, and any other large format artwork or signage. Wide-format printers usually employ some variant of inkjet or toner-based technology to produce the printed image; and are more economical than other print methods such as screen printing for most short-run (low quantity) print projects, depending on print size, run length (quantity of prints per single original), and the type of substrate or print medium. Wide-format printers are usually designed for printing onto a roll of print media that feeds incrementally during the print process, rather than onto individual sheets.