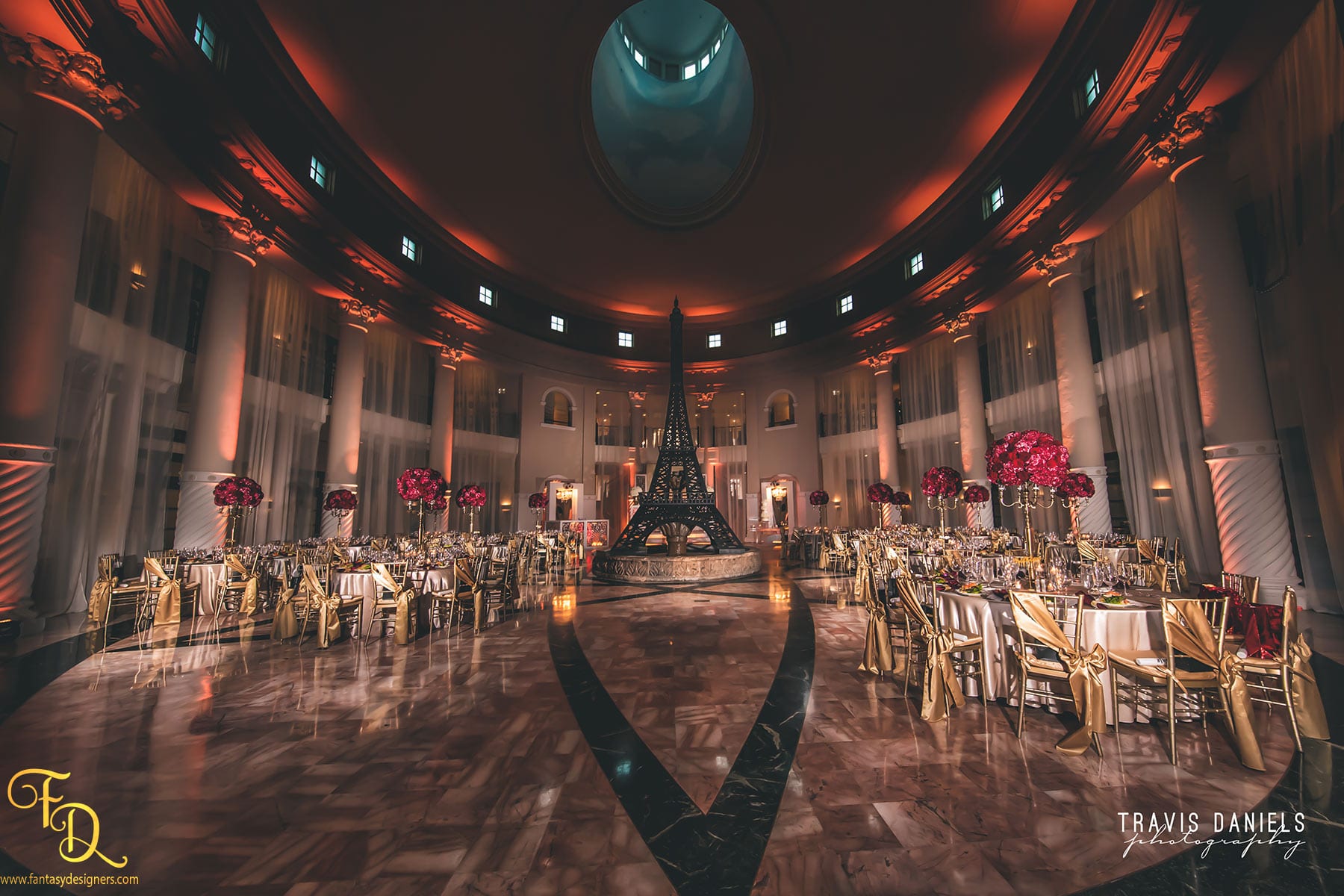 Marbled floors, high ceilings, stoned appliques and balusters lining all around with natural lighting. It’s no wonder that every year hundreds of brides (both potential and current) flock to the Westin Colonnade located in Coral Gable, Fl.

Known for its unique setting and space, it’s a fantastic choice to host a wedding. Especially one of this level of extraness. When the Voltaire’s came to us, they had one idea clear – we want our guests to get the theme. Their theme of course being Paris. But the question came, how do we make it not look like it’s a Quinces and rather a wedding?

Making sure of that was probably the most important component for us, so instead of putting a number of Eiffel towers scattered all around the reception space we decided to place one large one. Right in the middle of the room. Where it would serve as the centerpiece as the guests walked in.

Our 15ft Eiffel stole the show at the center of the room, in a deep black color it stood mounted on the venue’s fountain. Up lighting was placed in and around the fountain to make sure that even when the lights were turned down, the guests could still admire it and feel like they were in the city.

Surrounding the room was a darker palette than usual for a wedding. The clients decided that in keep with the baroque style of Paris streets, the darker palettes of the antiqueness of the city and the gold accents that accent the building themselves.

The florals at weddings are usually white. That’s what’s expected. So, in this case Voltaire’s decided since they’re not have what’s expected at a wedding, their florals shouldn’t be, and with that a beautifully rich burgundy and rose combination was what we went with. The florals were made of deep burgundy Hydrangeas, Freedom Red Roses, and Love-Red Spray Roses.

For the centerpiece itself, we opted with doing a Gold-Candelabra piece to keep with the antique style of the city and its premises. The candelabras held small votives placed on each one of the individual arms.

We decided that doing too much of a dark color scheme could be too harsh, and even though the theme and their particular palette called for it, we still wanted it to look like a wedding.

Gold Linens were the best choice to be the overall linen for the tables. We also decided to keep with clear chargers that had a slight rimmed gold metallic to add that pop.

Of course… none of this would’ve been complete of course with one of our unique Stage Pieces. For this Wedding we decided that the AILEEN stage would be a perfect choice. Because of the easiness to customize it to one’s liking and the mirrored detailing on and around the stage brought out the the romantic glow of the many candles and gold accents.

This was one event any attendee was lucky to witness and be a part of. With the work of some amazing vendors it was easily accomplished.

We can thank Travis Daniels for these amazing shots that we can share with you today. 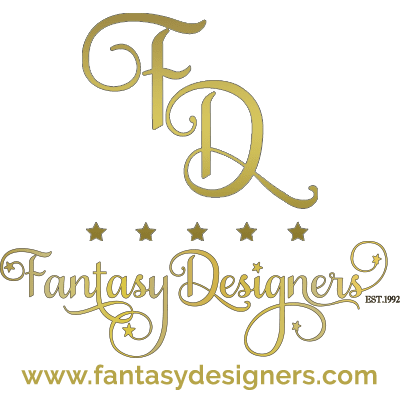 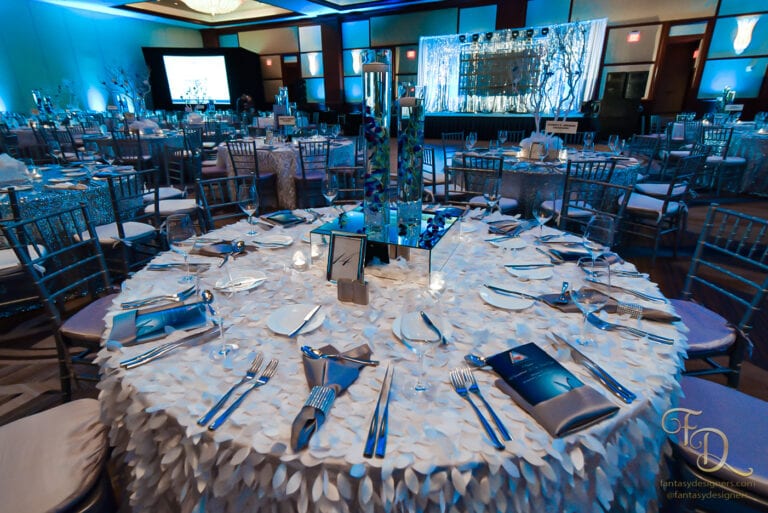 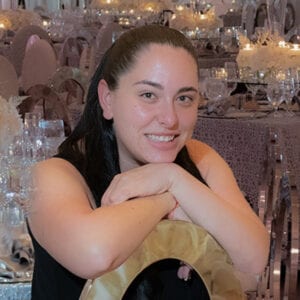